These are just a few of the spectacularly popular selections of “grain-free” dog food that have deluged the pet food market in recent years. Dense with exotic proteins, teeming with legumes favored by health-conscious humans, they are promoted as delicious as well as nutritious — better for gluten-sensitive bellies, closer to the ancestral, protein-rich diets of the Yorkie’s savage forebears.

But earlier this month, the Food and Drug Administration announced that it is investigating a link between these diets and a common type of canine heart disease.

The condition is dilated cardiomyopathy, or D.C.M., in which the heart weakens and becomes enlarged. Symptoms include fatigue, difficulty breathing, coughing and fainting. Some dogs can abruptly go into heart failure.

D.C.M. is typically seen in large breed dogs that have a genetic predisposition for it, like Doberman pinschers, Irish wolfhounds, boxers and Great Danes. But CVCA, a practice of 19 veterinary cardiologists in the Baltimore-Washington, D.C. area, alerted the F.D.A. that it has been seeing D.C.M. among other breeds, including golden retrievers, doodle mixes, Labrador retrievers and Shih Tzus.

The common factor was a diet heavy in peas, lentils, chickpeas and potatoes — carbohydrates typically intended to replace grains.

Other veterinary cardiologists have also noticed the phenomenon. “The first clue for us was when we saw a household with two unrelated miniature Schnauzers with D.C.M.,” said Darcy Adin, a veterinary cardiologist who teaches at North Carolina State University’s College of Veterinary Medicine. “They were both eating the same boutique, exotic protein, grain-free diet.”

Her team has documented 36 dogs with suspected nutritional D.C.M., including poodles and dachshunds.

“Don’t panic,” said Martine Hartogensis, a veterinarian who is deputy director for the Office of Surveillance and Compliance in the F.D.A.’s Center for Veterinary Medicine.

There are no recalls yet, she said. Millions of dogs happily and safely vacuum up these diets. The number of patients so far is small.

Grain Free Products In A Pet Store In Lutherville, Md. Sales Of Grain Free Dog Food Rose To Nearly $2.8 Billion By The End Of 2017, 44 Percent Of The Market.credit…andrew Mangum For The New York Times

CVCA, the group that contacted the F.D.A., did a survey of 150 recent cases of D.C.M. Most of the dogs had been on grain-free diets. Steven L. Rosenthal, a partner, noted that they could not rule out other influences, but said that the group now sees eight to 12 new D.C.M. cases a month that are not associated with genetics.

Researchers do not know why these diets may be problematic — whether it’s the absence of grains, the presence of legumes or something else.

But Lisa Freeman, a veterinary nutritionist and researcher with the Cummings School of Veterinary Medicine at Tufts University, sees this moment as an opportunity to view grain-free diets skeptically. “Contrary to advertising and popular belief, there is no research to demonstrate that grain-free diets offer any health benefits over diets that contain grains,” she said.

Grains are an important source of protein and other nutrients in many meat-based pet foods, she continued. “Grains have not been linked to any health problems except in the very rare situation when a pet has an allergy to a specific grain.”

Grain-free canine diets began to gain traction in the wake of the 2007 recalls of pet foods contaminated with melamine from China, industry analysts said. By 2011, grain-free dog food accounted for 15 percent of sales in American pet specialty stores or, nearly $1 billion. By the end of 2017, it had exploded to 44 percent of the market, or nearly $2.8 billion in sales, and continues to grow, said Maria Lange, an analyst on the pet specialty industry for GfK, the global market research firm.

“Most pets are seen as fur babies,” she said, “so owners say, ‘Maybe my dog is allergic to grains, so just to be safe, I’ll feed him grain-free.’ But in some ways it’s a marketing ploy to catch the consumer’s eye.”

Bentley, a broad-shouldered, 95-pound golden retriever, had been wolfing down his grain-free pork and squash for years, for which his owners, Tracy and Chris Meyer of Phoenix, Md., paid about $80 a month.

“You look at the ingredients: peas, red lentils, green lentils,” Mrs. Meyer said. “They were near the top of the list. It looked like something I would eat, so I thought it would be all right.”

When Bentley started backing off his food, she thought it was because they had just moved to a new house. She switched flavors, added treats.

“Whether I was up at 5 a.m. or 8 a.m., he was already awake at the bottom of the bed, panting,” Mrs. Meyer recalled. “He started a honking cough. Then his stomach became distended. I took him out one time before going to the vet’s and he just stopped, had a bowel movement, and fainted, foaming at the mouth.” 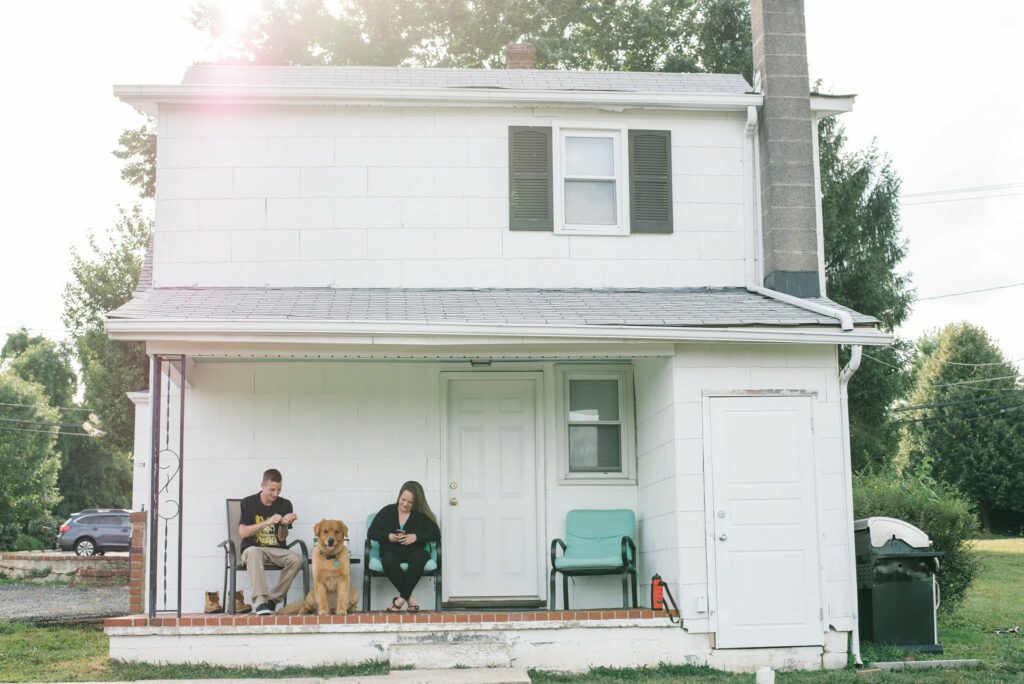 The Meyers with Bentley, who is mostly back to normal after a year and a half, though he must take supplements and two heart drugs.Credit…Andrew Mangum for The New York Times

At the veterinary emergency room, she was told that Bentley had gone into heart failure. Dr. Rosenthal was on duty. He ran Bentley’s levels of taurine, an amino acid essential to a healthy heart that dogs can make on their own. A normal taurine level is over 200. Bentley’s was 58.

A year and a half later, Bentley is back to his happy-go-lucky, goofy self. He has come off a heart medication that can affect kidney function. His appointments have been pared back. He still takes supplements and two other heart drugs. His new diet has plenty of grains.

Dr. Adin noted that some dogs have improved with diet change, medication and taurine supplements. Unlike D.C.M. in dogs with a genetic predisposition, she said, D.C.M. in diet-associated cases can sometimes even be reversed.

The F.D.A. said research has just begun on these uncharacteristic cases of D.C.M. One group, cocker spaniels and golden retrievers, do reveal low taurine levels. Investigators speculate that legumes may interfere with the dog’s ability to make taurine or perhaps absorb it. Joshua Stern, a veterinary cardiologist at the University of California, Davis, is tracking 24 golden retrievers with low taurine levels who had been on grain-free diets.

But taurine levels in other affected dogs, including mixed breeds, are normal, which puzzles researchers. The F.D.A. requested that owners and veterinarians take blood and urine samples from affected dogs for comparative analysis.

For now, the pet food industry is holding its breath. Dana Brooks, chief executive of the Pet Food Institute, which represents most pet food manufacturers, said in an emailed statement: “While the exact cause of the reported illnesses has not yet been identified, P.F.I. shares the belief that any pet illness should be taken seriously, and we remind pet owners to consult their trusted veterinarians with any questions about their pet’s health and well-being.”

Some veterinary experts recommend that owners with dogs on such diets review the reasons for doing so with their veterinarians. Dr. Freeman also suggested that owners watch for early signs of heart disease, including weakness and fainting.

“I know that owners want the very best for their pets, but instead of avoiding grains based on myth,” she said. “I recommend selecting a pet food that contains high-quality ingredients, is made by a manufacturer with strong nutritional expertise and rigorous quality control, and has the right nutritional profile for the individual pet.”

Both Dr. Rosenthal and Dr. Adin suggested that owners also peruse recommendations by the Association of American Feed Control Officials. It does not have regulatory authority, but does promulgate widely recognized standards.

Dr. Adin also said that owners might move away from exotic proteins like alligator and kangaroo, whose benefits, compared to tried-and-true chicken and beef, have not been scrupulously evaluated.

Dr. Rosenthal feeds his own American bulldog, Eddie, a diet from a mainstream commercial pet food maker that includes grains.

“A lot of people would have qualms because it uses less expensive or nonorganic ingredients,” he said. “But we’ve seen dogs thrive on these diets.” 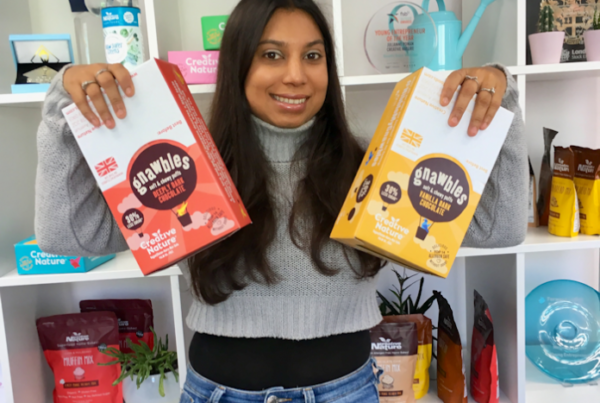