Sandee LaMotte, CNN • Published 11th October 2019
(CNN) — Imagine having a life-threatening emergency while locked inside a metal container 35,000 feet above the ground, unable to leave or call 911 for desperately needed medical attention.
Now envision going through that frightening experience surrounded by medically untrained airline personnel or fellow passengers who don’t take you seriously or even block your access to medical help.

Jennifer and Ed McDonald were flying home to Rhode Island in 2014 after a fun-filled cruise with family and friends when their 8-year-old daughter Nikki began rubbing her eyes and acting strangely.
Wary of Nikki’s allergies to all tree nuts, peanuts, shellfish, soy and wheat, McDonald had boarded the flight early to wipe down the cloth seats, arm rests and tray tables. Surrounded by 17 friends and relatives on the plane who would never open foods dangerous to Nikki, she knew there was a buffer zone to protect her daughter from allergic triggers as well.
Unbeknownst to McDonald, someone on a prior flight had shelled pistachios and the airline failed to clean up all the dust and debris — a few shells were hidden from view under Nikki’s seat.
When Nikki’s throat began to swell and her breathing became labored — symptoms of anaphylaxis, a severe allergic reaction — Jennifer used an auto-injector to administer epinephrine and alerted flight attendants that Nikki might need additional assistance, possibly even an emergency landing. The flight attendants’ reaction, she said, was completely unexpected.
“They laughed me off. They didn’t take it seriously,” McDonald said. “And when three doctors on board came up to check Nikki’s vitals, they wouldn’t let them near her because they didn’t have identification proving that they were doctors, which was so ridiculous.” 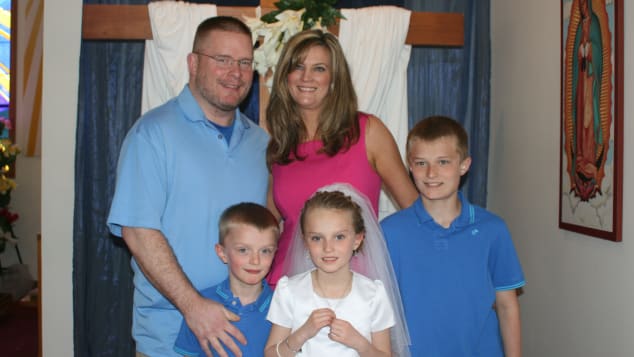 With much of the 2.5-hour flight ahead of them and no spare auto-injectors on hand, Nikki began to panic.
“She kept saying, ‘Mommy, I don’t want to die. I don’t want to die,'” McDonald recalled with a sob. “It was heartbreaking. Heartbreaking. As a parent, it’s just unbelievable to watch this happen before your eyes and you can do nothing about it.
“Looking back, I wish I had stood up and screamed and flipped out.”

‘I was left alone’

In May, Alexa Jordon was flying home to Chicago after her first year at Harvard. She took a bite from a salad purchased at the Boston airport that was not supposed to contain any tree nuts, to which she is severely allergic.
Traveling alone and frightened, she told flight attendants that she was in anaphylactic shock and was going to the bathroom to use the only auto-injector she carried. What happened next, Jordon said, was unbelievable.
Not only did the flight attendants fail to offer her additional epinephrine or antihistamines, they locked her inside the airplane bathroom for the remainder of the nearly three-hour flight.
“I was left alone … going in and out of consciousness sitting on the bathroom floor,” Jordon recalled. “My throat remained extremely tight, and I was terrified that it would not improve without a second shot.
“They should not have let me go in there alone,” Jordon said. “When you inject epinephrine, it has the potential to negatively impact your heart and can be very dangerous unmonitored.” 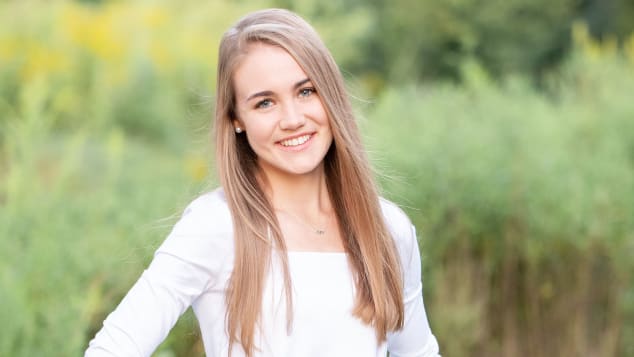 Alexa Jordon and Nikki McDonald were lucky. They survived.
Fifteen-year-old Natasha Ednan-Laperouse did not. The teen died from anaphylactic shock after eating a sesame baguette that wasn’t labeled during a flight from London to Nice, France, in 2016.
Her father used the two auto-injectors he had on hand during the three-hour flight, but epinephrine wears off quickly, losing effectiveness in about 20 minutes. When she continued to decline, a doctor on board the plane stepped in to help. The flight crew failed to tell him there was a defibrillator on the plane. He used a defibrillator on the teen once the plane landed in Nice, but it was too late.

According to the advocacy group FARE (Food, Allergy, Resource & Education), 32 million Americans live with life-threatening food allergies, allergies so severe that a single exposure might send them into anaphylactic shock. Even worse, they have no idea when a severe reaction might occur.
“Right now, there is no way an individual can predict clearly what their threshold is for what’s going to cause anaphylaxis,” said Lisa Gable, a former US ambassador who became the CEO of FARE last year.
“Nor are allergic reactions consistent across individuals,” Gable said. “With one individual it may be two bites of the food, another person one bite, and for a third it may be the point of contact on the skin.”
The numbers of people with food allergies are climbing. The US Centers for Disease Control and Prevention says over 6% of children under the age of 18 have food allergies, an increase of more than 50% since 2007.
While more than 170 foods have been linked to allergic reactions, there are eight which trigger most of the serious food allergies in the US. Milk is the most common, followed by eggs, peanuts (which grow underground not on trees), tree nuts, wheat, soy, fish and crustacean shellfish.
Sesame is now the ninth most common trigger, but is not yet on the US Food and Drug Administration’s list of common allergens. Therefore companies in the US are not required to clearly label products that contain sesame seeds.
“What’s interesting about the last number of years is we’re seeing the rise of food allergies among adults,” Gable said. “These are adults who have been eating a food their entire lives and suddenly, out of nowhere, have an anaphylactic reaction requiring emergency intervention.”
Take, for example, the increasing numbers of adults suddenly allergic to meat. Called an “alpha-gal” allergy, researchers suspect a recent tick bite to be the trigger for the allergy to meat to appear. But science isn’t yet sure.
A study of approximately 40,000 adults found 45.3% were allergic to more than one food; 48% developed at least one allergy in adulthood; 26.9% developed allergies only in adulthood; and 52% developed an allergy before the age of 18.

‘If you think he’s going to die’

Yet while life-threatening food allergies are on the rise, even in adults, advocates say public understanding and acceptance of food allergies has not improved. According to FARE, one third of children with food allergies say they have been bullied about their condition.
Some adults are no better. In 2013, a mom in the departure lounge of the Denver airport overheard Lianne Mandelbaum talking to her 8-year-old son Josh about his allergy to peanuts, the third most common food allergy.
“The mom turned around and said, ‘If your son is allergic to peanuts, you’d better move. We’re all going to eat peanuts here.’ I appreciated that, thanked her and we got up to leave,” Mandelbaum said.
“But then her three sons followed us and began throwing peanuts up in the air, missing their mouth on purpose and grinding the peanuts under their feet and pushing the dust towards us,” Mandelbaum said. “They were pointing at my son and laughing.” 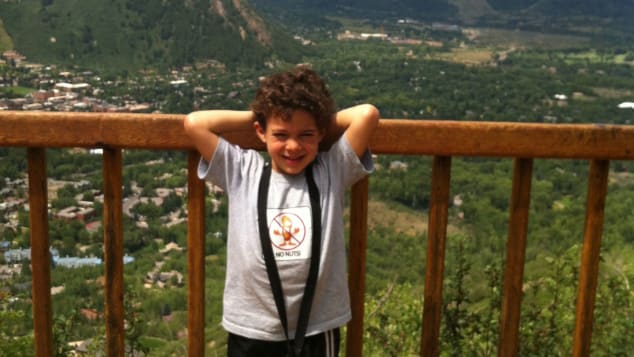 When the mother failed to act, Mandelbaum did what is recommended to those who travel with allergies. She asked the airline to announce her son’s allergy to the plane’s passengers, which included the peanut-throwing family, requesting no peanuts be eaten.
The airline crew refused. Instead, the Denver airline manager told her in front of her son: “If you think he’s going to die, don’t get on the plane.”

‘The Rodney Dangerfield of diseases’

The experience galvanized Mandelbaum. She began to blog, speak at conferences and created a website called “No Nut Traveler,” where she encourages those with food allergies to share their travel horror stories, reach out to their legislators to fight discrimination and try to educate the non-allergic about the dangers of food allergies.
It’s been an uphill battle, she admitted, adding with a wry tone: “Food allergies are like the Rodney Dangerfield of diseases. They don’t get a lot of respect.”
FARE, Mandelbaum and a group called CLEAR (Coalition for Lifesaving Epinephrine Access and Responsibility) are also working to get legislation passed to require airlines to consistently stock auto-injectors of epinephrine, the drug of choice for anaphylactic shock.
By law the airlines are supposed to carry antihistamines and vials of epinephrine, but flight attendants are not trained in how to draw up a syringe, and often don’t realize the life-saving medications are even on the plane.
If it even is onboard. Despite the law, shortages of certain medications prompted the FAA in January of 2016 to issue exemptions to 50 airlines for four years. CNN reached out to the FAA for comment but they only shared their advisory to airlines on the topic.
Fighting for consistent access to life-saving medication is only part of the solution, advocates say. Airlines need to educate and train airline staff at the ticket counters, gates and flight attendants on the plane to understand the serious nature of food allergies and be prepared to assist.
“Because the only thing I could say about airlines in their treatment of people with food allergies is they are consistently inconsistent,” Mandelbaum said. “You can fly one airline one day and get a great crew and you could fly the same airline the next day and get an awful crew.”
FARE’s Lisa Gable agreed: “We would love to work with the airlines to set voluntary, predictable policies for food allergies that are the same across all airlines,” she said, “so that no matter what airline a person is on, they and the airline staff know what to do to protect their families.”
Love0 Share Tweet Share Pin